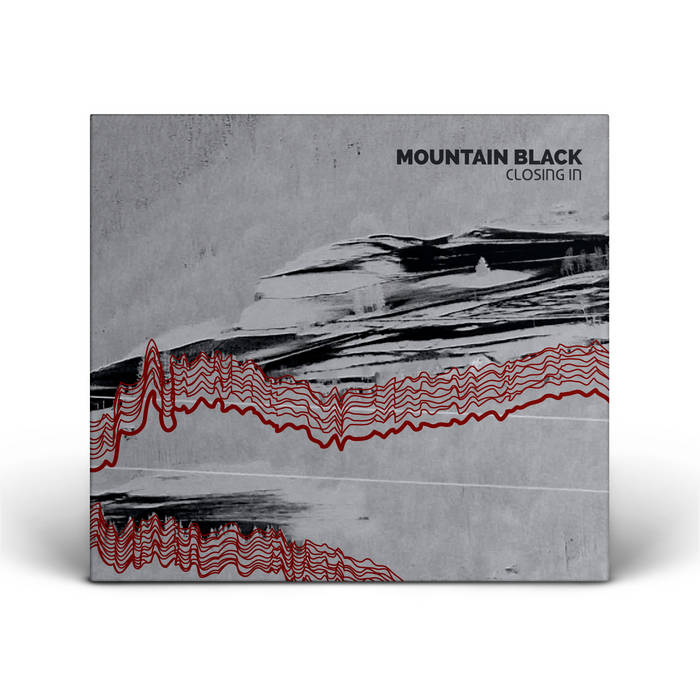 With his debut release Mountain Black (aka Martin Kay) creates a dense filmatic ambient body of work. Though rooted in phonography the album represents an electroacoustic soundtrack, much more closely resembling pieces of noise and drone music than traditional phonographic art. The album is comprised of enviromental field recordings, found sounds and abstracted instrumentation which has been sculpted, crafted and composed using cross-synthesis processing techniques and digital editing programs through 2009-2011.

The inspiration for this work came from the artists longstanding love and fascination with the “film soundtrack” - particularly its’ unique ability to sculpt and weave together disparate sonic elements - such as, music, foley, atmos etc, as well as environmental, concrete, abstract and synthesized sounds to form a cohesive sonic composition.
By applying compositional methodologies and approaches within the soundtrack to his own music Mountain Black is experimenting with the concept of how these inherently cinematic decisions and techniques translate to a more musical context - divorced from any visual reference or concrete narrative.

Even though this album is largely constructed from field recordings, the works aren’t so much of a focus on phonography and sonic phenomena, but more a reflection and exploration of a certain stage of life of the artist, namely the period between 2009-2011. The sounds and places used for this album are not of any special nor particular significance, nor do they try to construct a specific narrative or sequence of events – they are simply places Martin Kay encountered, and felt in- spired to sonically deconstruct, abstract and reconstruct to highlight the inerrant sonic beauty and complexity and his unique way of interpreting the space.

Martin Kay is a Melbourne based sound recordist, artist and designer predominantly working with environmental field-recordings and found sounds for CD release, multi channel sound installations, as well as film & documentary. Martin’s current interests are centred on capturing the unheard acoustic characteristics and sonic phenomena of an object from unusual and/or often impossible perspectives, to highlight and describe the unique and complex prorogation of sound through dif- ferent landscapes, environments, objects and materials.

Through employing filmatic modes of composition and production, and by considering the emo- tional and psychological connections formed when listening to environmental sounds detached from its original place, Martin strives to evoke the hyper-real, and at times an elusive sense of place, situation and narrative within his works.