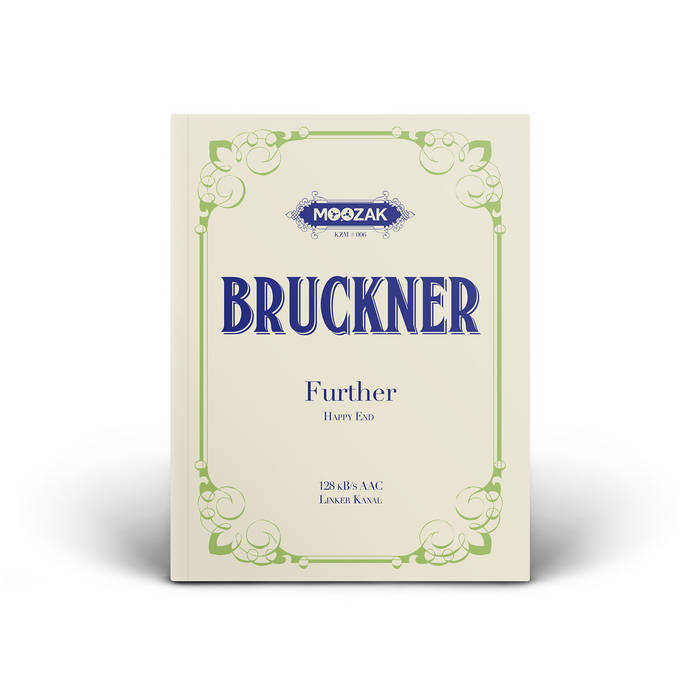 Happy End, a track by Bruckner – aka Bruckmayr & Loibner – has been produced as two #220# page books with manual binding, each representing a channel (left and right). What is printed is hexadecimal data, not programming code, so the object is a coherent substitute to the recorded material, which the label decided to release also in vinyl form. So, even if it is conceived explicitly for the Internet Yami-Ichi (a temporary flea market for “browsing face to face” with stalls and goods somehow related to digital culture on sale) this book is also an official release by a known music label.

In this respect it creates an interesting case study. For example, it has no ISBN code, but instead a music product code uniquely assigned by the Moozak’s sublabel Kazoom, which is dedicated to live and limited edition releases. Its musical ‘nature’ is formally preserved, with product data consistent to releases that are also physically distributed in shops. In the end, this experiment is not easily categorisable, but this seems to be its main strength, leaving to the owner the responsibility to decide if, in this form, it’s still a music release, or not."
(Alessandro Ludovico, Neural #53)